Change is in the Air

Fall is a time of visual and tangible change. We see the change in foliage colors, we enjoy the cooler and often dryer air. A new school year has begun – a new football season!

For Operation Inasmuch significant change began last October 2018 when Executive Director, John Daugherty, shared with our board of directors that he planned to retire December 2019. That announcement began several months of transition.

To work through the year of transition, we recruited very strategically for the incoming board members with an emphasis on good leadership skills. The board then made two very positive, strategic decisions. First, it was determined to secure the services of an organizational and leadership coach. Ircel Harrison of Murfreesboro, TN with Pinnacle Leadership Associates contracted with the board to help with thinking through what Inasmuch hoped to be in the next few years and to evaluate what was most important for moving in that direction. Ircel suggested a full-day retreat with the board along with some “Inasmuch Champions” recruited from Virginia, North Carolina, South Carolina, Alabama, and Tennessee who have been strong leaders and supporters over the years. That retreat was held on March 2, 2019 and proved to be of significant value in the transition process.

The second strategic decision was to contract with the Alliance for Better Nonprofits in Knoxville to help lead the executive search process. Elle Benson of ABN worked with the board in fine-tuning the job description along with professional and faith expectations. She was very instrumental in spreading the job opening among their vast network of other nonprofits, in addition to utilizing other ministry and professional networks associated with Inasmuch. In all we received over 70 responses to the job announcement. Given the clear directives for how to apply, there were over 20 who made the cut to be reviewed. The board reviewed and rated those using a matrix developed by ABN and narrowed the field down to four candidates who were invited for the first round of interviews.

The first interviews were conducted on Tuesday, July 16. Each candidate was interviewed by the full board and staff, the candidate then met with directors, John and David, along with board president, David Renfro. The board had a debriefing before the next interview. This was an all-day process which proved to be very fruitful.

There was unanimous agreement on the top candidate but not on the next one or two. The board decided to have the top candidate back for a second interview and depending on how that went, a decision was then made about whether to invite back any of the other three. 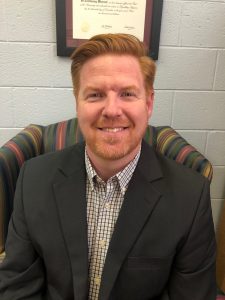 Gene Whaley, Executive Director of Kingswood Home for Children in Bean Station, TN, was invited for a second interview held on July 29. After his time with the board and staff, it was decided, again unanimously, to offer him the position of Executive Director of Operation Inasmuch. Gene has accepted the offer and will officially begin his work with Inasmuch on October 22 traveling with John to Fayetteville, NC to be part of the annual donor event that evening at Snyder Memorial Baptist Church.

Gene brings with him strength in nonprofit organizational development and fundraising, along with a deep commitment to seeing churches energized to be the hands and feet of Christ through compassion ministry. He is a strong lay leader in his church in Morristown, TN and has a heart for the “least of these.” Gene wrote, “In my current position of leadership and throughout most of my adult professional life, I have sought to serve families and children, usually ones that would be considered the least of these. This should be the heartbeat of the Church as we go about doing God’s work.”

Thanks be to God!